We now know that the multiversal explorer K is neither Klue nor ADA; they are a new entity altogether. It seems as though ADA’s ingression into Klue’s consciousness may have spawned the entity we know simply as K. Which ADA and which Klue is yet to be confirmed, but K is able to traverse multiple realities and observe multiple versions of past events.

With the Resistance Victory in Superposition Munich, there’s a greater probability that K will retain more of ADA than Klue’s unique imprint. But the Superposition Anomaly Series isn’t over; there’s time yet for the Enlightened to pull ahead.


The 10 chosen Impact Zones are:

Additionally, we expect a number of Artifacts, called Shards, will be observed in the 10 chosen Impact Zones on Sunday, 28 August between 1430 and 1730 local time. The NIA will deploy Faction-specific safekeep for these Shards (a.k.a. Target Portals). Bring these Artifacts to the Target Portals for further investigation.


The 13 Regional Cells identified are:

Agents can support their Faction’s efforts by

Trust your instincts. There are no coincidences. Nothing happens unless someone wills it to.

Each phase will be worth 520 points to be divided between the Factions, based on their performance at the following four Anomaly components:

At each of the 10 Impact Zones, a set of 13 points will be distributed to the two Factions according to the ratio of weighted Battle Beacon Point Values. Each Battle Beacon will be weighted based on the Battle Category, which is based on offensive or defensive actions on the underlying Portals. From CAT-I to CAT-VI, the weighted values are 1-2-3-6-7-8 respectively.

At each of the 10 Impact Zones, Faction earns one point from each Shard landing at Target Portals of their alignment.

In the event that both Factions exhibit a positive delta, 10 points will be awarded proportionally to the two Factions.

In the event that one and only one Faction exhibits a non-positive delta, the Faction with more positive (i.e. less negative) delta will be awarded the entire 10 points.

In the event that both Factions exhibit a non-positive delta, 10 points will be awarded inversely proportionally to the loss in Regional Score of the two Factions.

On the rare occasion that there is zero net change in Regional Score for both Factions, each Faction will receive 5 points.

The overall regional score (average of all Checkpoints within the Septicycle) for each Faction at the end of Septicycle 2022.32 (24-Aug 0300 UTC) will be their starting score.

The overall regional score (average of all Checkpoints within the Septicycle) for each Faction at the end of Septicycle 2022.33 (31-Aug 1000 UTC) will be the ending score.

The weight applied on each Battle Beacon will be based on its Battle Category, which in turn is based on offensive or defensive actions on the underlying Portals. From CAT-I to CAT-VI, the weighted values are 1-2-3-6-7-8 respectively.

Interim global results for each Faction will be announced periodically through in-app News Feed and https://ingress.com/news/.

The final Superposition score will be announced by 31 August through in-app News Feed and https://ingress.com/news/. 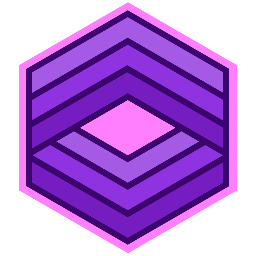 Also available during the season of Superposition in the Ingress Store:

Share your investigation results by sharing photos, videos, footage, and situation reports with NIA and other XM Sensitives on social media with hashtags #Ingress #Superposition on social media or in the Ingress Community Forum for research archives.

As always, please remember to be aware of your surroundings. We encourage players to follow local health and safety guidelines when playing Ingress (such as wearing masks and maintaining at least six feet/two meters of distance from other people). For the latest on in-game events and feature updates, be sure to check COMM > NEWS.